As we are getting ready to start constructing schools damaged by the earthquake in Gorkha district, we thought it’d be helpful to share the official process that we went through to secure all the approvals and paperwork. This might come handy to other organizations looking to build school buildings. We are very excited about the recent agreement with Kathmandu University School of Education (KUSOED) collaborate to further strengthen ICT-based education programs in Nepal’s public school system. OLE Nepal has always believed in expanding the reach of ICT through collaborations and partnerships with governmental and non-governmental institutions. It is a win-win situation for both parties. While the partnership allows OLE Nepal to tap into a pool of talented students to help in the expansion of its program in the country, KUSOED can take advantage of the rich experience that OLE Nepal has gathered over the years in the design and implementation of ICT-integrated education.

The two parties agreed to work together to build on each other’s strengths and experiences towards developing capable human resources, needed to expand ICT-integrated teaching-learning process in primary and secondary schools in the country. It is hoped that the collaboration will lead towards creating a center of excellence in ICT-integrated education within KUSOED. The envisioned center of excellence at KUSOED can play a lead role in the research and design of ICT-integrated teaching-learning practices in the country, and help prepare the human resource required to realize the potential that ICT has to office in improving quality and access in our education system.

As part of the agreement, OLE Nepal will prepare graduate level students to train school teachers on ICT-integrated teaching-learning process, and provide opportunities to trained graduate students to conduct training sessions in OLE Nepal’s program schools. OLE Nepal will also provide support to KUSOED students conducting research in the field of ICT-based education. KUSOED will identify graduate students to participate in the program, facilitate research in ICT-integrated education, provide expert inputs and provide relevant resources available at its ICT Resource Center to expand the scope of ICT-based education in the country.

As per the MoU, OLE Nepal conducted a three-day Training of Trainers (ToT) for eight graduate students from KUSoED on January 28-30, 2013. Four of the trainees later accompanied OLE Nepal’s trainers to Baglung from February 5 to 10 to observe the in-school training being conducted at the six OLPC shared-model program schools. OLE Nepalâ€™s newsletter for March – April 2011 ( issue 8 ) is now available. The newsletter intends to keep its readers up to date on the organisation and its activities.

The full newsletter can be accessed at:

OLE Nepalâ€™s bimonthly newsletter for Jan-Feb 2011 (issue 7) can be accessed at: 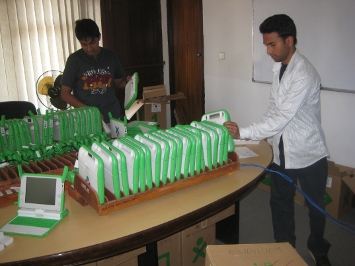 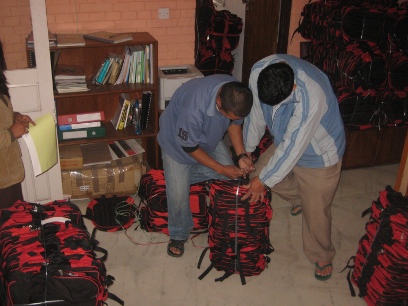 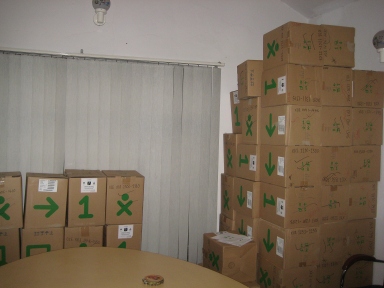 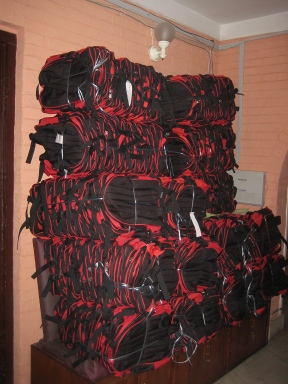 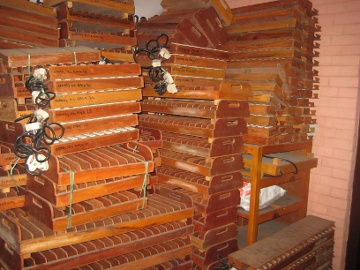